The U.S. distributor of Corona beer is chasing a new type of buzz.

Constellation Brands Inc. STZ 0.08% has agreed to take a 9.9% stake in Canopy Growth Corp. WEED -1.24% , a Canadian marijuana company, and plans to work with the grower to develop and market cannabis-infused beverages.

Canopy Growth is the world’s largest publicly traded cannabis company, with a market valuation of 2.2 billion Canadian dollars on the Toronto Stock Exchange. The C$245 million (US$191 million) deal gives Constellation a toehold in an industry that the brewer expects to be legalized nationwide in the U.S. in the coming years.

“We think that it’s highly likely, given what’s happened at the state level,” Rob Sands, chief executive of the Victor, N.Y.-based beer, wine and spirits company, said in an interview. “We’re obviously trying to get first-mover advantage.”

Constellation—flush with cash after posting a 13% increase in beer sales in its latest quarter—is interested in developing drinkable cannabis products that don’t contain alcohol, he said. Products currently on the market in U.S. states where they are legal include buzz-inducing sodas, coffees and fruit elixirs. 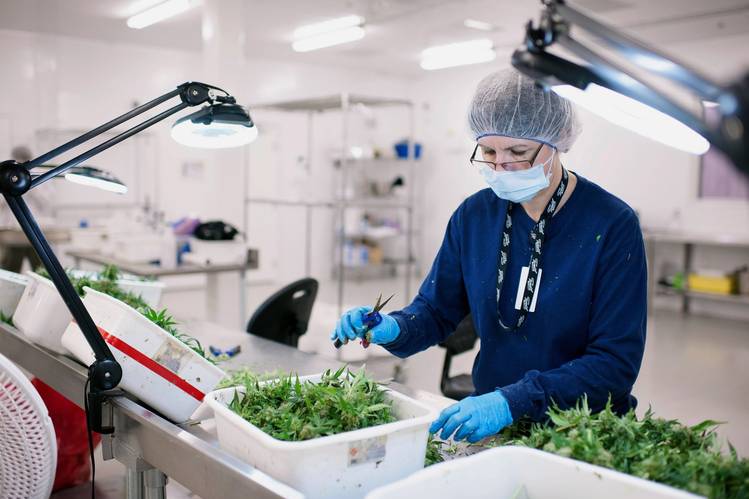 Constellation doesn’t plan to sell such a product in the U.S. before marijuana is legalized there nationwide, Mr. Sands said, but could sell it in Canada, where edible and drinkable cannabis products are expected to be legalized by 2019, or other countries where recreational marijuana is permitted.

Independent research firm Euromonitor International estimates that the legal marijuana market in 2018 will be US$7.5 billion in Canada and $10.2 billion in the U.S.

U.S. beer-industry executives have been debating whether legalized marijuana could cannibalize sales of beer, even as other consumers migrate from beer to wine and spirits. Some brewers have experimented with cannabis-infused beers, not containing THC but instead a marijuana flavor.

“Wine and spirits are not sitting still, and marijuana is being legalized in many states,” Heineken USA Chief Executive Ronald den Elzen said at a beer wholesalers conference earlier this month. “We have to act now, and we have to do it together.”

Mr. Sands said he doesn’t see pot as a threat to booze. But if a consumer is going to choose a can of beer, a glass of wine, a shot of liquor or a weed-laced elixir, he wants to be able to offer all four, he said. 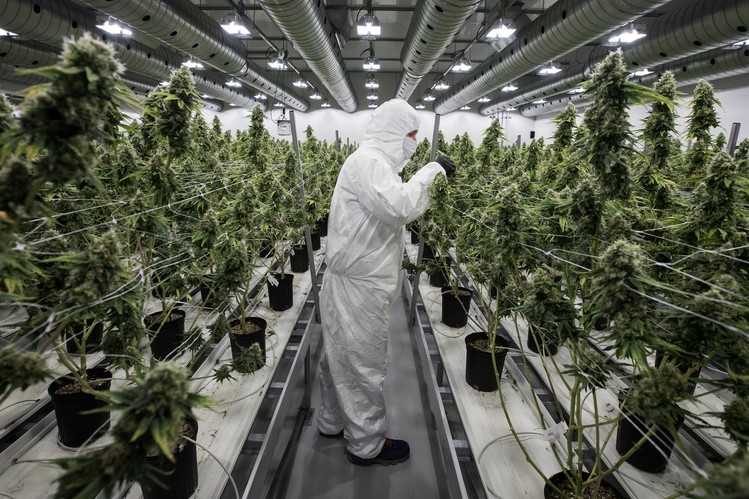 “Could it be a threat? Yes, I guess it could be,” he said. “We’re not going to stand around twiddling our thumbs.”

Medical use of marijuana has been legal in Canada since 2001. The country is expected to legalize recreational use, not including edibles, by July 2018, with edible and drinkable products expected to become legal the following year. In the U.S., eight states plus the District of Columbia have legalized marijuana, and more than 20 states have legalized it for medical purposes.

Constellation doesn’t plan to lobby for or against marijuana legalization in the U.S., Mr. Sands said.

Canopy Growth, based in Smiths Falls, Ontario, is ramping up capacity ahead of next summer’s legalization in Canada and said it would use the new capital to expand its production and storage facilities throughout the country.

The deal, expected to close by early November, gives Constellation board-observer status and the option to increase its stake to just under 20%. Canopy Growth CEO Bruce Linton said Constellation’s expertise in alcohol distribution would be helpful for the cannabis company as it determines how to distribute and package recreational cannabis. Canada’s provincial regulators are still considering how to handle the selling of marijuana, he said.

Mr. Linton said he hoped the deal could be the turning point for the nascent industry, signaling to institutional investors “that a cannabis company that fully complies within legal jurisdictions would be the right place to invest."

There are 69 publicly traded cannabis companies listed on Canada’s three main stock markets, representing about C$8 billion in market capitalization. The bulk of the trades in Canada are conducted by retail investors.